Getting Started with JPA and Eclipse

This is the Eclipse version of the Quick Start with JPA tutorial. It demonstrates how to create
and run a simple JPA application in Eclipse. The demonstrated application uses JPA to store and retrieve simple Point entity objects, where each Pointhas two persistent fields: xand y. 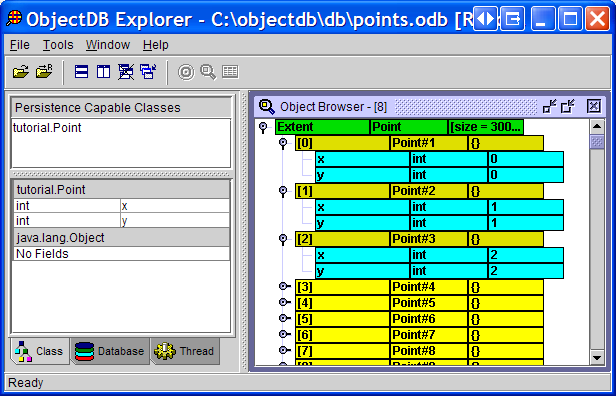 This tutorial was written for Eclipse 3.6.1 but it should work with other Eclipse versions as well (dialog boxes and menus might look slightly different but the code would be the same).

This tutorial consists of the following steps:

Which JPA is Faster?

in the JPA Benchmark.